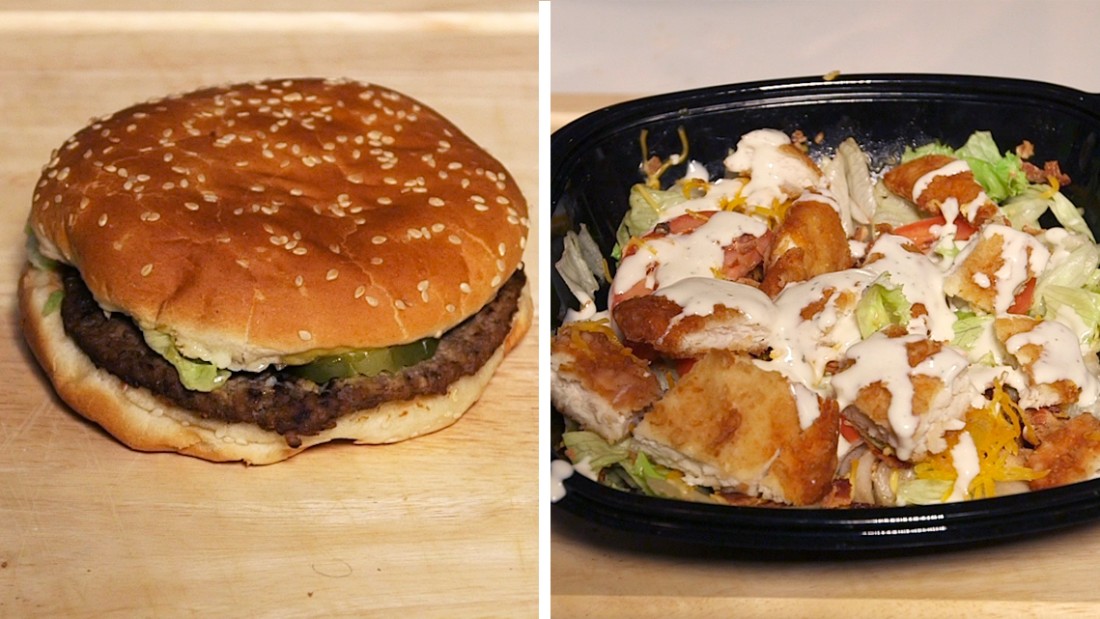 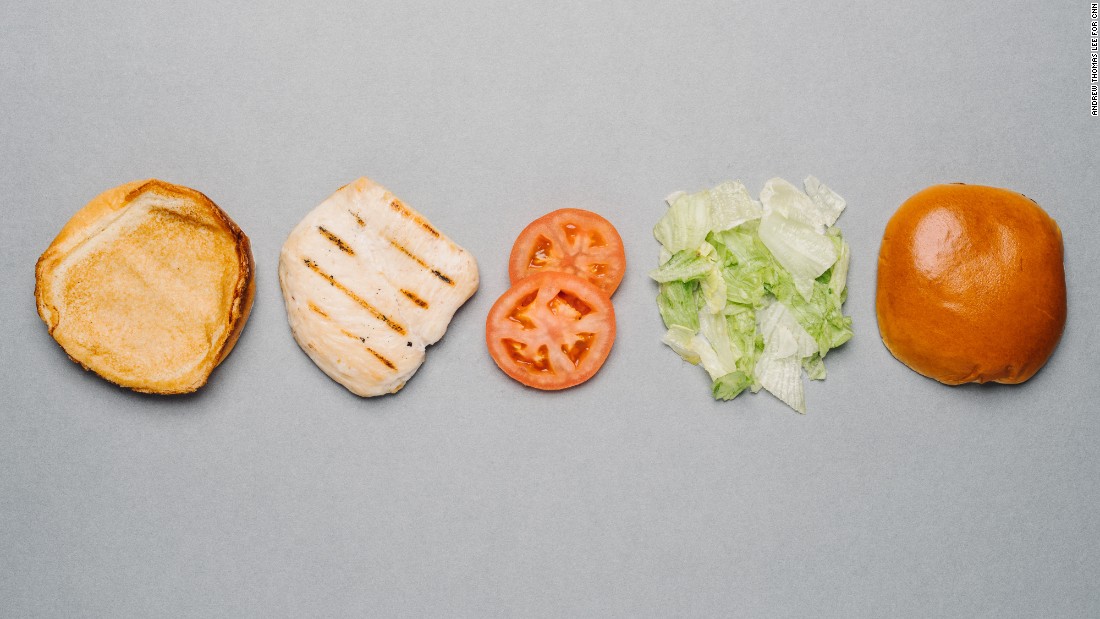 (CNN)If you like burgers, hot dogs and crispy chicken, you’re in luck if you take a trip to Burger King. But if you are the least bit nutrition-conscious, it’s slim pickings when it comes to deciding what to eat at the popular fast food chain.

The salads are few and the vegetables fewer. There’s not much fruit aside from applesauce, apple juice and apple pie, and you won’t find a yogurt cup on the menu, though milk and water are served as beverages. So it’s fair to say that the task of finding acceptable healthy options from BK’s menu is a bit challenging.
Red, fried and processed meats aside, there are a few items that stand out in terms of their healthfulness, so much so that we mentioned those options for more than one category. For example, the garden grilled chicken salad with Tendergrill chicken is one of the healthiest options on BK’s menu, along with the protein-rich Tendergrill chicken sandwich.
Regardless of meal type, the Tendergrill chicken is always a better choice than the Tendercrisp chicken, which is fried. And then there’s the veggie burger, for those who want to avoid meat. 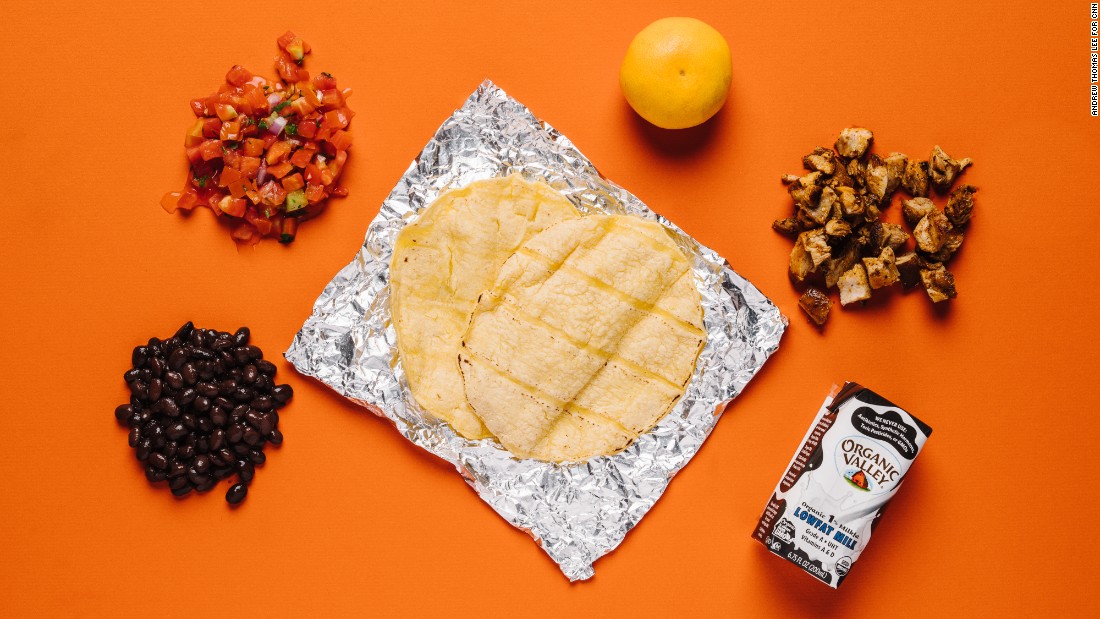 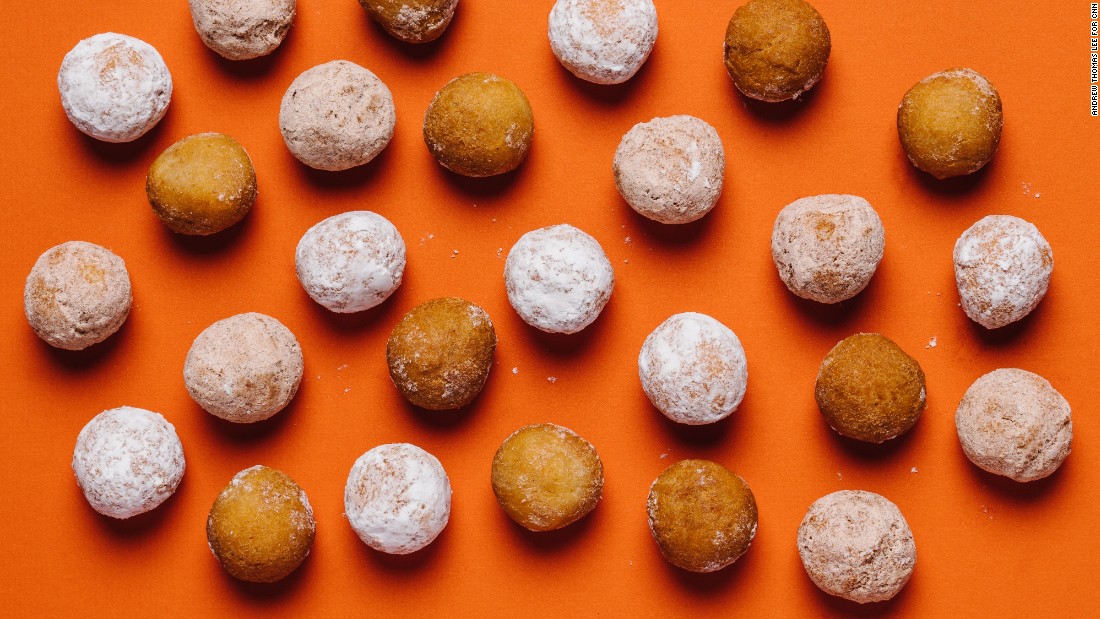 We omitted the mayo and pickles to bring down the sodium count, though if you perspire a lot, you can afford more sodium, as some of the mineral is lost in sweat.
To drink, choose low-fat milk, which offers even more protein and carbs, along with bone-building calcium. And if you are running long distances, the low-fat chocolate milk will give you even more carbs to replenish muscles.

For the road warrior

Our picks: Big fish sandwich, without tartar sauce and with half the bun; or Tendergrill chicken sandwich without mayo
If you are on a road trip, you might be eating away from home at least for a day or two. Whether you’re visiting friends, looking forward to a weekend getaway or even attending an out-of-town business conference, our guess is that you may be surrounded by high-calorie indulgences when it comes to foods and drinks.
So we couldn’t pass up the fish sandwich at Burger King. After all, it’s rich in heart-healthy omega-3 fats and relatively low in calories and saturated fat, especially when you skip the tartar sauce. The sodium is on the higher side, but you can save some milligrams by taking off the top of the brioche bun and eating the sandwich open-faced. For longer trips, choose the Tendergrill chicken sandwich without mayo, with 32 grams of protein to keep you satisfied and focused.

Our picks: Tendergrill chicken sandwich without bun; or cheeseburger without bun; plus garden side salad with ranch dressing and without croutons
When you look beyond burgers, sandwiches, fries and onion rings, you won’t find many low-carb options on Burger King’s menu. The foods with the fewest carbs include the chicken nuggets — a six-piece serving has 16 grams (four pieces have 11 grams) — and the garden grilled chicken salad with Tendergrill chicken, which also contains 16 grams of carbs, without the dressing.
If you want to keep your carb consumption at a minimum, your best bet is to order the Tendergrill chicken sandwich and toss the bun. You’ll save on sodium too, as the brioche bun for the chicken sandwich has more than 300 milligrams. Another low-carb option is the bun-less cheeseburger. Pair either with a garden side salad, minus the croutons, and choose the ranch dressing, which has only 2 grams of carbs per packet.

For the breakfast lover

If you prefer more protein at breakfast, we recommend the egg and cheese Croissan’wich, though avoid adding ham, which brings the sodium count to 1,000 milligrams, as well as sausage or bacon, which boosts sodium and saturated fat.
Whatever you do, skip over the ultimate breakfast platter, which appears more appropriate for a group, as it comes with scrambled eggs, hash browns, sausage, a biscuit and three pancakes. It has over a full day’s worth of sodium. We also recommend avoiding the Egg-normous burrito, which has a whole day’s worth of sodium and saturated fat.
previous post

Finest Sorts Of Food For Your State Of Mind

Hi, this may be interesting you: Burger King's menu, as selected by a nutritionist! This is the link: https://peoplehealthnews.com/health-healthy-living-tips/nutrition/burger-kings-menu-as-selected-by-a-nutritionist/