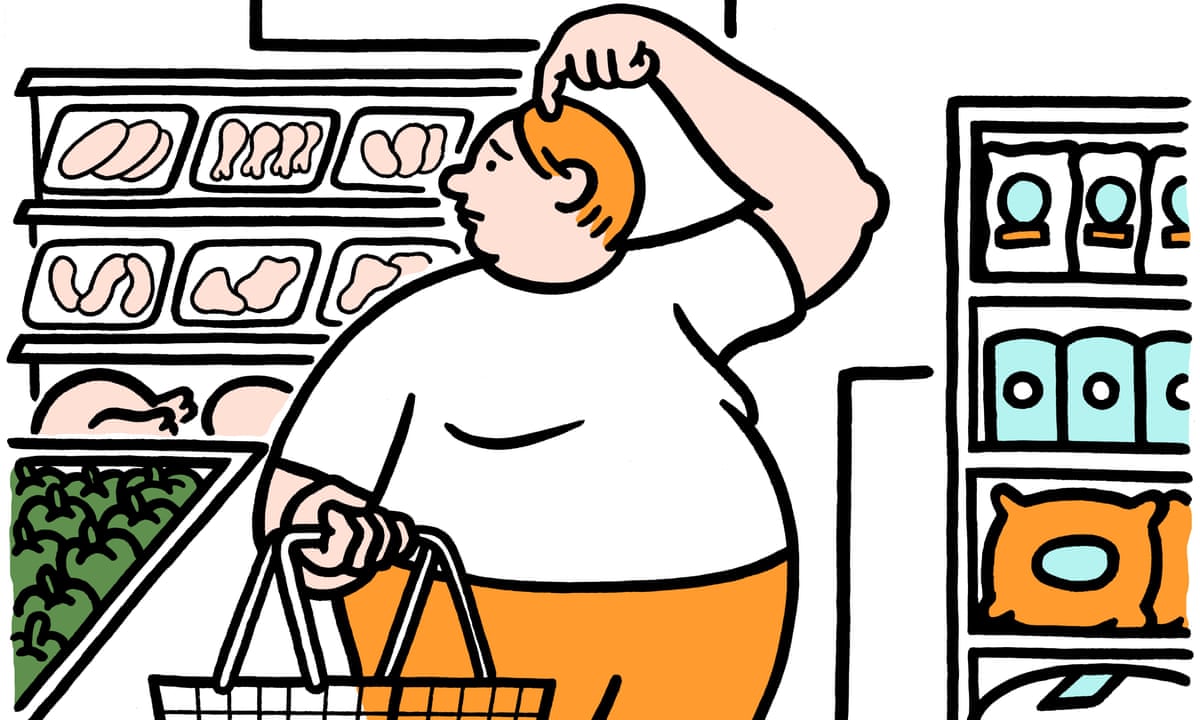 The long read: In 1972, a British scientist sounded the alarm that sugar and not fat was the greatest danger to our health. But his findings were ridiculed and his reputation ruined. How did the worlds top nutrition scientists get it so wrong for so long?

Robert Lustig is a paediatric endocrinologist at the University of California who specialises in the treatment of childhood obesity. A 90-minute talk he gave in 2009, titled Sugar: The Bitter Truth, has now been viewed more than six million times on YouTube. In it, Lustig argues forcefully that fructose, a form of sugar ubiquitous in modern diets, is a poison culpable for Americas obesity epidemic.

A year or so before the video was posted, Lustig gave a similar talk to a conference of biochemists in Adelaide, Australia. Afterwards, a scientist in the audience approached him. Surely, the man said, youve read Yudkin. Lustig shook his head. John Yudkin, said the scientist, was a British professor of nutrition who had sounded the alarm on sugar back in 1972, in a book called Pure, White, and Deadly.

If only a small fraction of what we know about the effects of sugar were to be revealed in relation to any other material used as a food additive, wrote Yudkin, that material would promptly be banned. The book did well, but Yudkin paid a high price for it. Prominent nutritionists combined with the food industry to destroy his reputation, and his career never recovered. He died, in 1995, a disappointed, largely forgotten man.

Perhaps the Australian scientist intended a friendly warning. Lustig was certainly putting his academic reputation at risk when he embarked on a high-profile campaign against sugar. But, unlike Yudkin, Lustig is backed by a prevailing wind. We read almost every week of new research into the deleterious effects of sugar on our bodies. In the US, the latest edition of the governments official dietary guidelines includes a cap on sugar consumption. In the UK, the chancellor George Osborne has announced a new tax on sugary drinks. Sugar has become dietary enemy number one.

This represents a dramatic shift in priority. For at least the last three decades, the dietary arch-villain has been saturated fat. When Yudkin was conducting his research into the effects of sugar, in the 1960s, a new nutritional orthodoxy was in the process of asserting itself. Its central tenet was that a healthy diet is a low-fat diet. Yudkin led a diminishing band of dissenters who believed that sugar, not fat, was the more likely cause of maladies such as obesity, heart disease and diabetes. But by the time he wrote his book, the commanding heights of the field had been seized by proponents of the fat hypothesis. Yudkin found himself fighting a rearguard action, and he was defeated.

Not just defeated, in fact, but buried. When Lustig returned to California, he searched for Pure, White and Deadly in bookstores and online, to no avail. Eventually, he tracked down a copy after submitting a request to his university library. On reading Yudkins introduction, he felt a shock of recognition.

Holy crap, Lustig thought. This guy got there 35 years before me.

In 1980, after long consultation with some of Americas most senior nutrition scientists, the US government issued its first Dietary Guidelines. The guidelines shaped the diets of hundreds of millions of people. Doctors base their advice on them, food companies develop products to comply with them. Their influence extends beyond the US. In 1983, the UK government issued advice that closely followed the American example.

The most prominent recommendation of both governments was to cut back on saturated fats and cholesterol (this was the first time that the public had been advised to eat less of something, rather than enough of everything). Consumers dutifully obeyed. We replaced steak and sausages with pasta and rice, butter with margarine and vegetable oils, eggs with muesli, and milk with low-fat milk or orange juice. But instead of becoming healthier, we grew fatter and sicker.

Look at a graph of postwar obesity rates and it becomes clear that something changed after 1980. In the US, the line rises very gradually until, in the early 1980s, it takes off like an aeroplane. Just 12% of Americans were obese in 1950, 15% in 1980, 35% by 2000. In the UK, the line is flat for decades until the mid-1980s, at which point it also turns towards the sky. Only 6% of Britons were obese in 1980. In the next 20 years that figure more than trebled. Today, two thirds of Britons are either obese or overweight, making this the fattest country in the EU. Type 2 diabetes, closely related to obesity, has risen in tandem in both countries.

At best, we can conclude that the official guidelines did not achieve their objective; at worst, they led to a decades-long health catastrophe. Naturally, then, a search for culprits has ensued. Scientists are conventionally apolitical figures, but these days, nutrition researchers write editorials and books that resemble liberal activist tracts, fizzing with righteous denunciations of big sugar and fast food. Nobody could have predicted, it is said, how the food manufacturers would respond to the injunction against fat selling us low-fat yoghurts bulked up with sugar, and cakes infused with liver-corroding transfats.

Nutrition scientists are angry with the press for distorting their findings, politicians for failing to heed them, and the rest of us for overeating and under-exercising. In short, everyone business, media, politicians, consumers is to blame. Everyone, that is, except scientists.

But it was not impossible to foresee that the vilification of fat might be an error. Energy from food comes to us in three forms: fat, carbohydrate, and protein. Since the proportion of energy we get from protein tends to stay stable, whatever our diet, a low-fat diet effectively means a high-carbohydrate diet. The most versatile and palatable carbohydrate is sugar, which John Yudkin had already circled in red. In 1974, the UK medical journal, the Lancet, sounded a warning about the possible consequences of recommending reductions in dietary fat: The cure should not be worse than the disease.

Still, it would be reasonable to assume that Yudkin lost this argument simply because, by 1980, more evidence had accumulated against fat than against sugar.

After all, thats how science works, isnt it?

If, as seems increasingly likely, the nutritional advice on which we have relied for 40 years was profoundly flawed, this is not a mistake that can be laid at the door of corporate ogres. Nor can it be passed off as innocuous scientific error. What happened to John Yudkin belies that interpretation. It suggests instead that this is something the scientists did to themselves and, consequently, to us.

We tend to think of heretics as contrarians, individuals with a compulsion to flout conventional wisdom. But sometimes a heretic is simply a mainstream thinker who stays facing the same way while everyone around him turns 180 degrees. When, in 1957, John Yudkin first floated his hypothesis that sugar was a hazard to public health, it was taken seriously, as was its proponent. By the time Yudkin retired, 14 years later, both theory and author had been marginalised and derided. Only now is Yudkins work being returned, posthumously, to the scientific mainstream.

If you eat 2 tablespoons per day, those unwanted kilos will soon be forgotten!

LeSean McCoy feels urgency with legacy on the clock

Exactly how Will a $100 Mln Give Aid Ethereum Range?

Hi, this may be interesting you: The sugar conspiracy | Ian Leslie! This is the link: https://peoplehealthnews.com/the-sugar-conspiracy-ian-leslie/